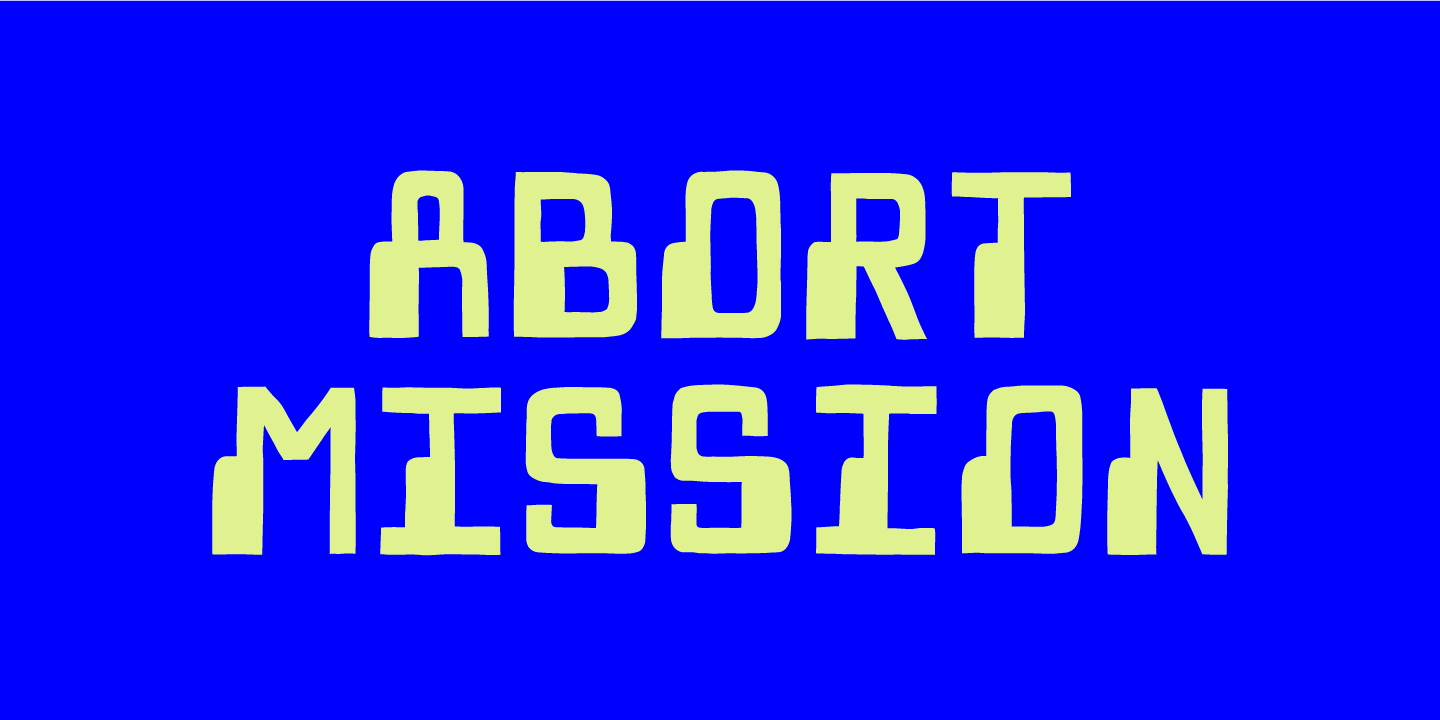 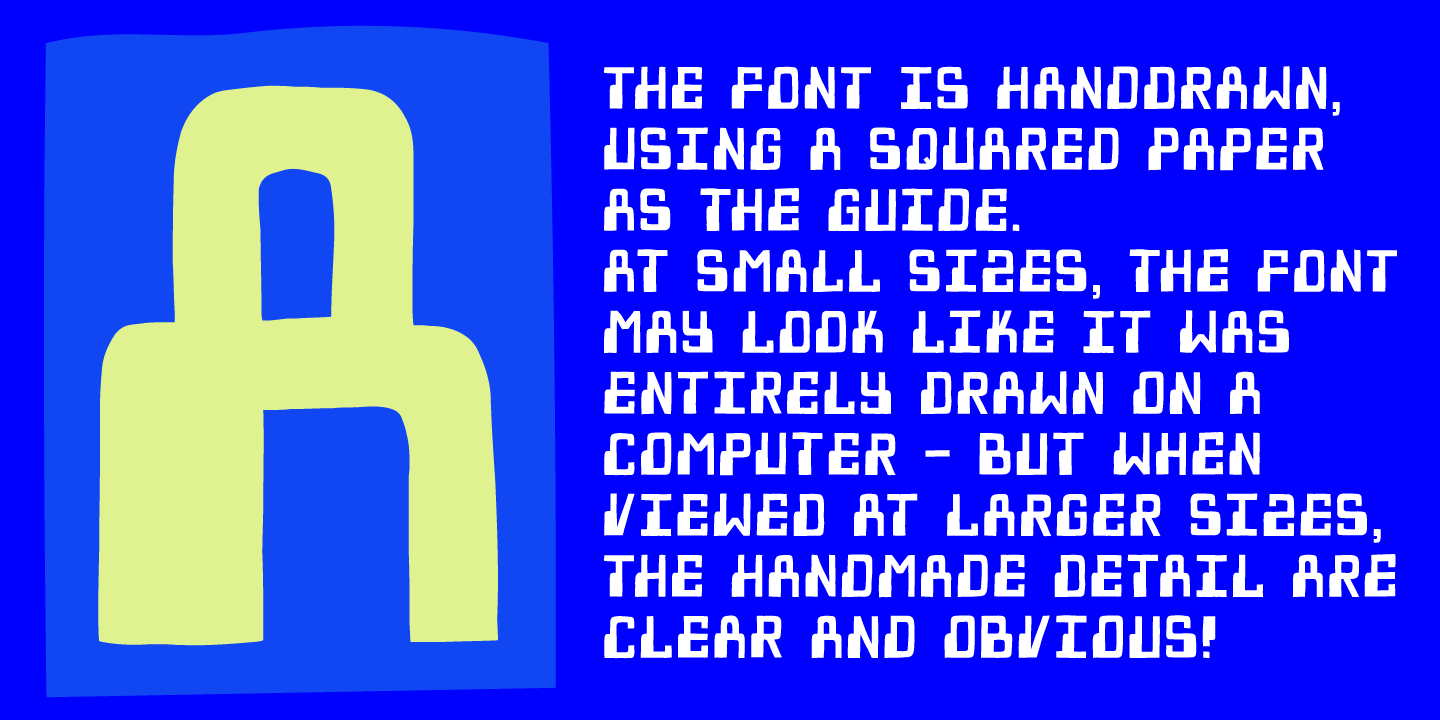 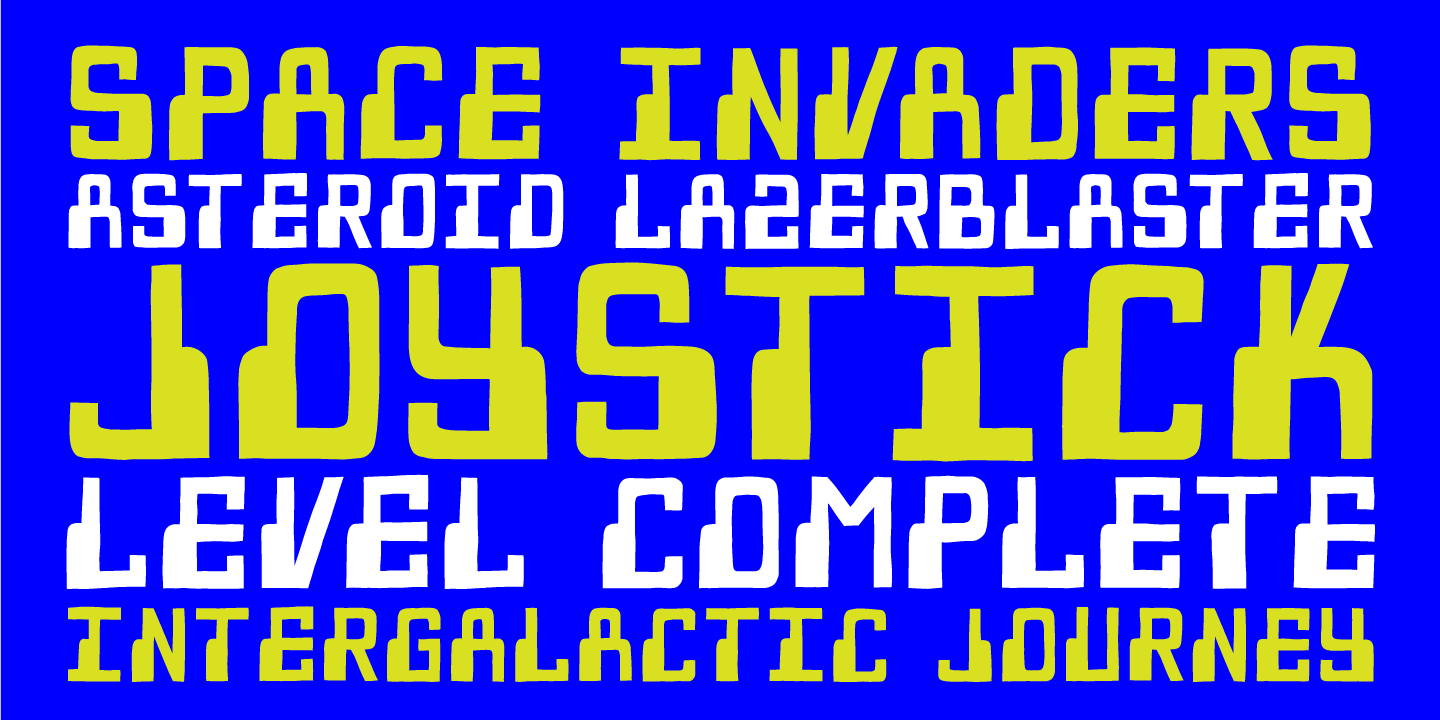 This is the kind of letters I drew in school back in the 1980ies. I would never have guessed that I would do the same thing like 40 years later!
I remember making a simple space game for my VIC-20 computer, and I needed some “data letters” (as I called it) - as far as I can remember, this is close to what I made 40-like years ago. Also, I was inspired by the well known series “Stranger Things” - you know, all that 80ies theme stuff took me down memory lane! :) Anyway, all the letters are handdrawn, using a squared paper as guide - at it may look simple, but it took me quite some time to finish this font (hence the name!)